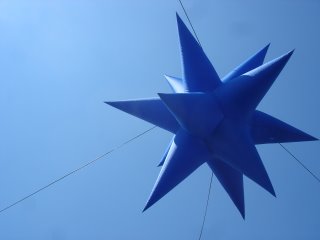 It's so good to be back, there's nothing like the blazing blue skies of summer back home. Skies you feel you could fall into as you bake to a crisp on a car hood in the middle of nowhere. Days that make you want to do nothing and do it well. In style, with a fresh glass of lemonade and some daisy chains to be. But home used to be Illinois too. It was time we made a pilgrimage of sorts. 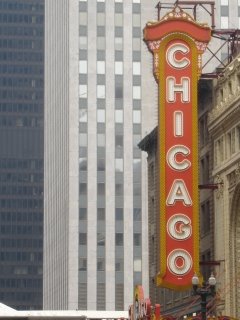 As the Blues Brothers sung "Sweet Home Chicago". So vast and sprawling. Each year it eats a bit more of it's surroudings. Suburbs are sublimated and Chicago feeds it's gaping maw. As we have come to do (dinner at Alinea, review up soon). Sort of. In fact, my brother dragged me to, I mean, invited me to Lollapalooza this year. 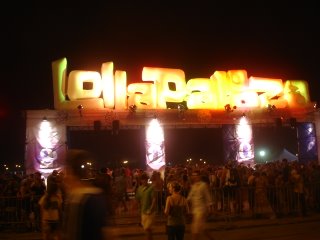 He had gone the previous year and managed to impress me with this years line up. Red Hot Chili Peppers, Manu Chao, Matisyahu, The Racounteurs, She Wants Revenge, Mates of State and many others I can't remember now. Over 130 groups in 3 days. That's a LOT of music folks. And a whole lot of people coming to see them as well. 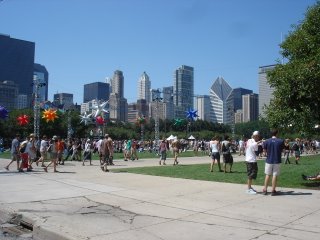 We managed to make it down to the lakeshore and over to the art museum. We tried open all night chinese dives and watched some ESPN2 eating competitions (yo, what's up with that?) But most of all we just had a really good time hanging out before we had to go back to our normal lives (he to college and me back to work and back to Europe). Thanks Slick.
Posted by aka Rachel at 06:07

No problemo, Sport. Glad to finally read that you just maybe kinda sorta had a tiny glimpse of a good time while you were there.

aka Rachel
full time artist. part time foodie. see, and you thought all artists were starving ones ;)